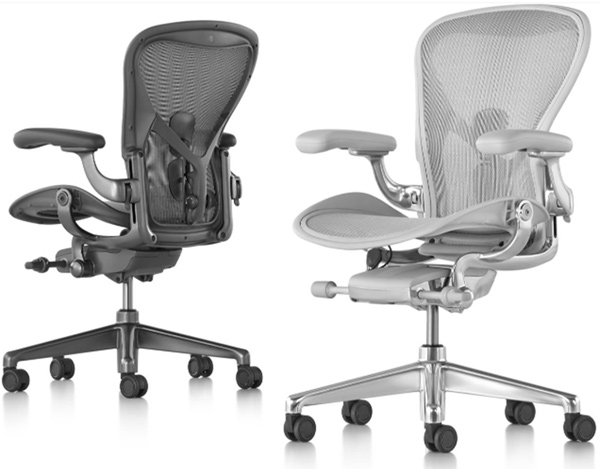 After word spread about Dr. Brock’s groundbreaking success with winning race car drivers and the Indianapolis 500, Dr. Brock was approached by the executive team at Herman Miller.  Dr. Brock laid out his theories about Medically-Engineered Designs™ and even demonstrated it to them by bringing an entire seat to "test drive".  This demonstration ultimately convinced the leaders that Dr. Brock's new discoveries were futuristic and important to Herman Miller and it could help lead office seating design in a whole new direction.

20 years later, Dr. Brock continues to enjoy an industry wide exclusive parternship with Herman Miller's and also serves as an inventor & innovator for Herman Miller's pioneering research & development programs.  He has invented PostureFit™ and Zonal Support & Distribution Technologies that can be found in all Herman Miller High Performance Task Chairs manufactured since 2000 and they have won many awards around the world.

“Dr, Brock has brought this synthesis of insight to the core teams on a number of seating projects, and we’ve used that to get the fit and the performance to a better place than we would have achieved on our own.”
- Don Goeman
Executive Vice President of Herman Miller Research, Design and Development
Retired in 2018 after 38 years of graciously mentoring the industry 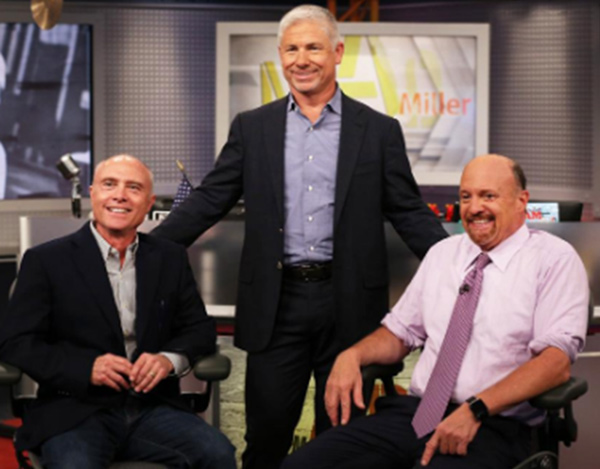 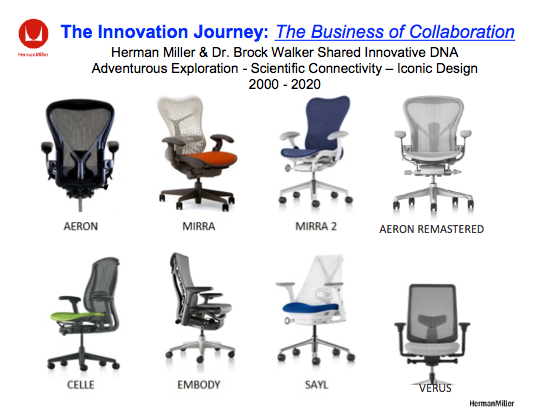 “We will never be able to redesign the human body, but we can
redesign the world around it.
Consequently, the blueprint for building better “people products” begins when we introduce products that optimize the way our body’s work instead of forcing our body’s to adapt to the way products work.”
- DR. BROCK WALKER